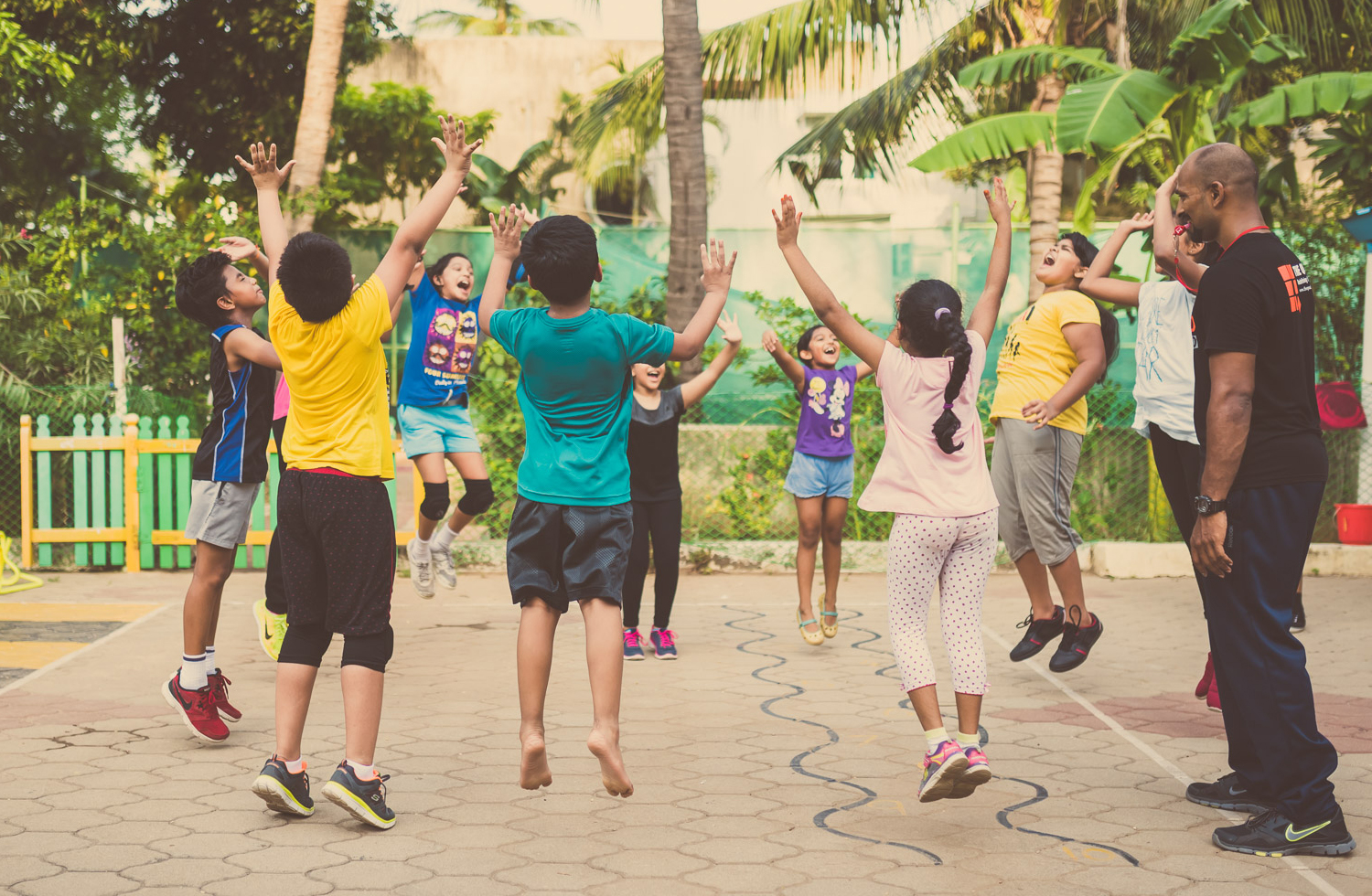 Let’s start with a fact – We have over 14 million children in India who are obese. And here is one more – We rank #2 in childhood obesity right after China, which has a little over 15 million obese children.

The truth is that we, as a population, are becoming heavier but weaker and unhealthier. We knew this about adults. We see more overweight adults today than we ever have. And we even know why. But kids? Why is this happening to kids?

Kids, more than adults, need movement. They need to push, pull, walk, run, jump, squat, lift, hang, throw and more. It is this movement that keeps them physically mobile and strong and mentally agile and sharp. But they do not get enough opportunities to move and as a result there is not enough movement in their lives.

Up until a couple of decades ago kids got to play. It could be sport, games or random prancing, they had the time and physical space to move and have fun doing that. It was common to see kids out in the open doing something active. Times have changed now and kids don’t get the time or space they need to stay active anymore.

Cities have grown and kids are robbed of spaces to move. Apartments, and even schools, don’t come with playgrounds anymore.  Schools have become more demanding and kids have packed schedules. From school to extra classes to special tuition to sport coaching to classes for extracurricular activities, kid’s schedules are more packed than most adults’. And unless sport or fitness is consciously made a part of that schedule a child doesn’t get to move at all. While this is one way to keep kids busy, it is not the optimal way. Such overloaded schedules pull the essence of childhood out of children’s lives making their lives seem more like our own, which we know is nowhere close to ideal.

Compounding the effect of not enough movement is that the fact that kids eat more than enough (junk) food. This is because of two reasons – one, it is so easy to procure fun foods that we and our kids end up eating more than we need or even want and, two, there is so much variety in food now and kids want to eat everything new and exciting!

With everything that has evolved, junk food too has and it is now more exciting and delicious than ever before. Kids have more options to choose from and that only results in choosing more junk food more often.

In addition to what they eat at home, kids eat fun things at parties, sleepovers and school events. Chips, cookies, cakes, candy, juices and more are the norm in such occasions and clearly the frequency of such occasions is only increasing year after year.

Having read all this it should come to you as no surprise that the prevalence of obesity has doubled since 1980 in more than 70 countries and has increased in most other nations. Although the prevalence of obesity among children has been lower than among adults, the rate of increase in childhood obesity in many countries was greater than that of adults. If we want the next generation to enjoy better health than we did, we need to act now before it is too late.

The Basics of Stretching: What? Why? For Who? When?

Getting back to exercise after a long-ish break?

The Low Down on Low Carb and Keto Diets - Is It For You?

Couch to 5k - A beginner's guide to running

The Quad's Strength Training 101 for Beginners

If you are interested to train at one of The Quad’s BootCamp locations, fill out this form and we’ll be in touch at the earliest.